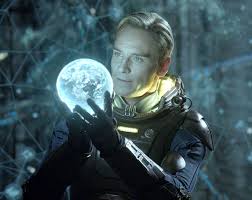 Science fiction has not had a great year in television and movies. No Inception or Moon was released this year. No Torchwood made it on to the small screen and Doctor Who mainly sucked again. But the lack of quality on the big and small screen was more than made up for by what I was reading. I read some great science fiction this year.

On the Idiot Box.

Even though I have access to the sci-fi channel on Foxtel, I was thinking there was very little new science fiction on the small screen this year. That was until I thought about it, it was more a matter of their being anything to rival Torchwood or The X-Files.

This year I watched:

Of those shows I was impressed by Caprica, Fringe and, surprisingly, Alphas.

Fringe episodes were consistently strong as they developed a story revolving around a parallel Earth and the attempts to destroy both Earths. The Fringe department is a near future version of the FBI. A couple of Aussies occupy two out of the three lead roles.

Alphas has grown on me. It had a strange feel about it when I started watching it, sort of, this is slightly off skew. It is about a team of investigators with special, but not super, powers. One can see and hear electronic signals, another has heightened senses, another can use her telekinesis type skills to push people into doing what she wants. But all the characters are troubled by their powers, they find it hard to fit in. And they are lead by a stuttering psychologist who has no powers. The story lines became stronger and the characters developed to be more than one dimensional x-men.

Caprica should have been supported by science fiction fans who like themes to be explored and strong complex plots. But it wasn’t, and was cancelled long before it could grow into one of the science fiction greats. Caprica was basically a prequel to Battlestar Galactica. It slowly explained how the cylons came into being and got religion. Caprica was my favourite small screen show of the year.

I did not see a lot of science fiction films this year. They ones I saw included:

Melancholia was a surprise, a completely different end of the world movie set on a large estate in England at a wedding reception. The bride lacks enthusiasm for the wedding reception as she knows that the approaching planet will not miss the Earth like scientists say it will. The film has no riots, no guns, no religion, no panic, no violence.

I enjoyed Looper, a time travel-film where a man has to kill his future self or be killed himself. The film made me think, ie why was he killing all those kids? But yay for thinking during a film.

Prometheus was easily the best film I saw this year. It left me with lots of questions and things to speculate on. But I recently watched it a second time and found it was nowhere near as puzzling as when I first saw it. The only question I still have is why did the alien kill himself at the start? Wasn’t there an easier way to blend his DNA into the planet’s environment? Was he on Earth?

When I saw Prometheus the first time I had such high expectations, with it being a prequel to Alien and the greatest series of science fiction movies ever made. I was expecting more horror too. And I think Charlize Theron was a bit of a distraction because I expected her to have a greater role in what went on, instead she was just a peripheral character.

I found it interesting that the parasitical aliens - who Ripley in the earlier movies was so keen to stop getting to earth and destroying it - had in fact saved humanity by infecting the engineer aliens who were intent on depopulating the Earth.

I did not read a lot of books this year, but what I read was, for the most part, very good. These are the science fiction books I read:

Seven of the eleven science fiction books I read were written by Australians. Only one was an ebook. The standouts were The Pursuit of Miracles, Things we Didn’t See Coming and The Passage.

The Pursuit of Miracles is a collection of eight short stories by Australia’s best ever science fiction writer George Turner. Three of the short stories were later turned into novels.

Things we Didn’t See Coming is also a set of short stories, but they are all about the same character and in chronological order. Each story has an ending or a situation that I didn’t see coming. The environment is in turmoil throughout the stories as the main character tries to better his life in a hostile future Australia.

The Passage is about an America devastated by monstrous genetically engineered vampires. It is a compelling read as the story is told from multiple viewpoints with flashbacks within flashbacks. Will the surviving pockets of humanity be overrun by the estimated 63 million vampires in the US? I will have to wait until I read its sequel The Twelve to find out.

The Passage was my favourite novel of 2012. I loved the many complex characters and the suspense.
Posted by Graham Clements at 9:53 PM 7 comments:

Email ThisBlogThis!Share to TwitterShare to FacebookShare to Pinterest
Labels: Year in review 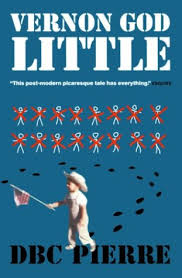 I have read both the Life of Pi, by Yann Martel and The Hobbit, so I will toddle off to the picture theatre to see their films. When I read the Life of Pi I found the Sixth Sense like twist at the end threw me out of a great fantasy into a unwelcome reality. But the more I reflect on that ending, the more I like it. I think knowledge of the ending will really affect the way I view the film. Whereas those who have not read the novel, if the film is true to it, will be in for a surprise at the end, that changes everything you have just watched.

I loved the Lord of the Rings novels and movies. I also enjoyed reading The Hobbit, which is a much slighter novel than the LOR novels. I, like many, think it is absolutely ridiculous that a 278 page novel has been turned into three movies. Evidentially the first movie only covers the first six chapters of the novel. I will go and see the movie, but I don’t expect any great dramatic moments or insights into humanity. The Hobbit has been receiving mixed reviews, so I am not expecting much.

Yesterday I read with astonishment and delight that Booker winner Vernon God Little, written by Australian DBC Peirre, is going to be made into a movie by Werner Herzog.  Such a movie would be very topical if it was released now as it is about a teenager who is accused of complicity in a high school massacre. The book is written from the teenager’s unreliable POV and is much more than just about the teenager’s involvement in the massacre. The novel rips into American consumerism and the American media. If the movie stays true to the novel, conservative Americans are going to absolutely hate it. It is a novel that has very much polarised readers, you either love it or loath it. I loved it.

I have recently read and enjoyed King’s The Dome and 11.22.63. As most of his novels end up being filmed I am hoping that both of them are turned into a mini-series.  The Dome is about a town trapped under a dome that suddenly appears one day. 11.22.63 is about a school teacher who goes back in time to stop the assassination of JFK.

Books I Would Like to See Made into Movies.

I reckon The Passage, by Justin Cronin, would make one wonderful  miniseries, think The Walking Dead, but instead of zombies, humanity has been destroyed by genetically engineered vampires. The sequel of The Passage, The Twelve has been in a lot of best of lists.

The Year of the Flood, by Margaret Atwood, about the world succumbing to a genetically engineered plague, would make a terrific movie. It would take a great script writer to adapt it though as the novel drifts back and forth in time and is told from two distinct viewpoints.

What novels would you love to see turned into a movie?

How Many Books People Read Per Annum.

How Many Books Do People Read Per Year?

While reading some 2012 research about the rise of e-reading I came across the following statistics: 78% of Americans aged over 16 years had read a book in the past year. Of those 78% they read on average 17 books (mean) or 8 books (median) in the previous year. Now if my maths is right that means that if the 22 per cent who didn’t read books is added back in, than on average Americans over 16 read 13.2 books (mean) and who knows what the median average might be. (Note: I changed this bit of the post because my maths was wrong.)

Last year, I read only 13 books. So I only reached the mean average of books. As a writer I reckon I should be reading a lot more than the average person reads in a year. (Note: I had a look for Aussie statistics but could not find any – if only I was looking for stats on something important like sport or beer drinking).

I immediately thought up excuses for not reading much more than the average person. Excuses like, I spend a lot of my reading time on newspapers. I write all day (well occasionally) and I am therefore too-tired to read at night (I only read books at night). I was frequently too tired to read because of illness. I read really big books (well I do, one I am reading at the moment is 1450 pages).

So does that mean that ebooks have lead to a lot more books being read? Not necessarily. The article says that people who read ebooks are naturally bigger readers of books anyway.

I read ebooks, so last year I just made the median average, and was well under the mean.

I Need to Read More.

This year I have read 16 books (some of them have been really big too), so I am getting closer to the ebook reader mean average.

Please feel free to embarrass me by leaving a comment with details of the huge number of books you read per year.
Posted by Graham Clements at 1:14 AM 5 comments: