Science fiction should be mandatory in schools. 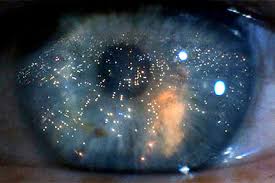 I just read an article where an American politician, Ray Canterbury, wants to make reading science fiction mandatory in schools. My first response was how the hell did he ever get elected as a republican: aren’t they all creationialists and global warming deniers? My second response was what a great idea. Reading science fiction is school should be mandatory in Australia too.

If this policy was world-wide, I imagine there would be a shift in the general populations attitude towards science and scientists, especially in countries like Australia and the US. At the moment a lot of the population seem to view scientists with scepticism, that they are all just trying to get government grants by scaring us with their crackpot theories.

Many people no longer seem to respect the scientific process of creating a theory, and then testing the theory with data. If the data supports the theory, keep the theory. If the data does not support theory, change the theory. A lot of people seem to have the attitude of “its only a theory, and I prefer this other theory presented by a media personality because it suits my life style.”

Take me for example. In my younger years I preferred to read adventure stories, Enid Blyton when very young and then westerns and Wilbur Smith at high school. I had no interest in science and avoided science subjects as school. I then read a lot of fantasy. But when I moved to Albion in Queensland there was a fantastic second hand book shop with a huge collection of science fiction. I quickly was hooked on the stuff.

I would love a survey to be done of science fiction readers and their attitudes to things like global warming and nanotechnology. I think a lot more science fiction readers would have researched global warming and found the overwhelming scientific consensus is that it is happening, humanity is a major factor causing it, and unless something is done to halt greenhouse gases civilisation is really going to struggle, beginning in the next few decades.

If everyone read hard science fiction, I would hope we would live in a lot more enlightened world. For years campaigns against genetically modified crops have been run, despite there being little evidence that genetically modified crops have caused harm to people. There is some evidence of cross pollenisation causing problems. But the main argument at the moment seems to be that people don’t want genetically modified products in their food because they are scared about what it might do to them. They are scared because they have been told to be scared. They are a bit like people who are too scared to get their kids vaccinated or think fluoride is being used to control the minds of the general population.

There seems to be a similar scare campaign developing against nanotechnology, particularly in regard to sun screens, even though there appears to be no scientific data to prove that nanoparticles will penetrate the skin and/or harm cells.

In a world where everyone reads hard science fiction, I think scare campaigns based on ignorance would have much less traction. That is because I think the hard science fiction reader would have a greater interest in science and therefore be less ignorant of the science around issues such as global warming, GM crops and nanotechnology.

But at the moment we have a world full of disrespect for science. A disrespect that can only slow down scientific advances, slow down the spike, or the technological singularity,  that is coming. I want to experience the wonders of science post spike, but instead I think I will be experiencing the start of a new Dark Ages.

Rather than getting an enlightened pollie like Ray Canterbury, we have Julia Gillard, a woman who wanted to do nothing about climate change until her hand was forced by the Greens. And we’re going to end up with Tony Abbott, a man who will do nothing about climate change because he believes the science is crap. I bet neither of them read hard science fiction as a kid.
Posted by Graham Clements at 7:46 PM 5 comments: Links to this post

Why do runners always look like they are suffering so much pain? According to Chris Pavey’s book, Running Against Time, it is probably because they are injured, full of self-doubt, or in desperate need of a toilet break. Why do they put themselves through so much pain and self-doubt? Are they slightly mad and more than slightly masochistic? After reading Running Against Time you will understand why a truly committed runner runs.
Running against Time is no ordinary book about running. It is one man’s journey from being a she’ll be right, unhealthy McDonald’s addict, to becoming a driven, fund-raising marathon runner. Apart from its fitness and health benefits, Chris comes to love running for its adventure and because it allows him to be alone with his thoughts and nature.
The book begins in Japan where Chris had a job teaching English to the Japanese. Each day ended with junk food and too much sake. That was until he wound up at a hospital desperate to discover why his gut was behaving so strangely. He then vowed to get fit and took up running. Ten years, and many injuries later, he was running marathons.
Many marathons are run with particular charities benefitting from the participant’s entry and their fund-raising activities. Chris enthusiastically threw himself into raising funds for those charities. And when tragedy struck, he decided to turn the death of a loved one into a positive by running up Mount Fuji and raising money in her memory.
The book is written in a conversational style, as if Chris is holding court at a BBQ and enthusiastically telling stories about his latest running adventure, in between sips of a light beer. His enthusiasm for running and life will inspire many readers to finally undertake their own personal challenges.
Each chapter of the book ends with tips: on running, on overcoming injuries, on stretching, on fund-raising, even tips on how to design a website to promote fund-raising activities.
Running Against Time has many riveting descriptions of Chris’ races that let a reader get into the head of a runner. They will find a runner who is full of fears of coming last or not finishing because of injuries. But they will also see the almost meditative quality of running and moments of ecstasy as the finish line is crossed.
You don’t have to be a runner to enjoy this book. Anyone who wants to know what drives the driven will be inspired by Chris’ determination to overcome injury and other personal setbacks, and live a well-run life. Running Against Time is an very enjoyable and inspirational book. I am proud to have helped edit the book.
Posted by Graham Clements at 11:34 PM 3 comments: Links to this post

Email ThisBlogThis!Share to TwitterShare to FacebookShare to Pinterest
Labels: Running Against Time

Three Encounters with the Physical by Graeme Simsion came second in the recent Age Short Story Awards. The story is about a disastrous attempt at a first marathon and had a bit more resonance with me because last year I helped edit Chris Pavey’s Running Against Time, a book about Chris’ conversion from slob to marathon runner. He went on to raise a fair bit of money for charity and run up Mount Fuji. It is a great book, very inspirational, and told in a knock-about way.

Three Encounters with the Physical is a true story. The events in the story happened to Graeme Simsion during the 2010 Canberra marathon. As such, the story really engaged my interest as I wondered how damaged he would become.

The story also has an unusual narrative style that used all three points of view: first, third and second, all in the space of a few thousand words.

Simsion then changes to third person, as if the marathon runner is no longer himself, but some other ill and injured person. The story finishes in first person. He has merged back with his body and is living with the marathon’s consequences.

Now if he had read Chris Pavey’s book, Running Against Time, perhaps he would not have overloaded on carbs before the marathon. But Chris’ book was not out then.

One thought that struck me is whether the judges realised who the writer was. I assume, like in most short story competitions, that the judges didn’t know who wrote any of the stories while they were judging them. If this was the case, then any judge who keeps up with the Australian literary scene would probably have known about Graeme Simsion. After all, his 2012 novel The Rose Project earned about $1.8 million in publishing deals, and they could have heard about his muscle meltdown in a marathon. Did the judges know they were reading his story? If they did, what effect did it have on their judgement of the story?

I think it is a compelling well-written story with excellent use of point of view.

I have nearly finished reading the recently published version of Chris’ novel. Much to my surprise, I have only had to cringe at the editing a few times. I plan to post a totally unbiased review of it next week.
Posted by Graham Clements at 9:11 PM 6 comments: Links to this post