I could not let the 50th anniversary of Doctor Who go by without writing a blog post about the greatest science fiction show of all time. I grew up watching the original series and I remember watching Partrick Troughton, who was the second doctor. I had nightmares about an episode where that Doctor was investigating a dark room full of giant toadstools. My mother must have forced me to eat mushrooms that day.

I watched the original series right to its end. When I was staying in a residential college (Menzies College) at Latrobe University a group of us used to gather together to watch it.

My enthusiasm for the show survived the wishy-washy Peter Davison years. I even watched the Colin Baker and Sylvester McCoy years, enjoying the weirdness of episodes like The Happiness Patrol, set on a planet where unhappiness was very much frowned upon. Anyone listening to jazz risked being execution in a tube flooded with marshmallow.

When Doctor Who returned I tuned in out of a sense of duty. And I was blown away. I loved the way the show had grown up, and took itself more seriously. There was less whimsy, more suspenseful drama. The plots were more complex and so was the doctor. The special effects had become really special and the Daleks could go up stairs.

My Doctor Who Favourites.

Favourite companions – You can’t go past the curious Sarah Jane Smith in the old series. Even though she had a nasty habit of tripping over at the wrong time, she was so cute that any 15 year-old male would dream of saving her. In the new series, Rose beats all those who followed. Intelligent with an emotional strength, Rose supported the doctor, unlike later companions who tried to take over the storyline.

Favourite villians – The Daleks. Those soulless cyborgs never failed to exterminate any of my other thoughts as I became engrossed in their efforts to take over the universe. The Dalek episodes have always been special, right up to last season’s best episode, Asylum of the Daleks.

Creepiest episodes – The Satan Pit, where David Tennant and Rose are trapped in a spacecraft above a planet containing the grave of Satan. And The Empty Child, where a soulless child with a gas mask moulded into his face searches for his mother.

Favourite doctor – Tom Baker, with Jon Pertwee a close second, in the original shows. Baker’s fun was the perfect counter to Pertwee’s seriousness. Christopher Eccleston for the new series: if he said run, I would be sprinting. He played it straight and added a gravity to the doctor that turned the show into something that adults could watch without thinking they should be watching a show for adults.

I am looking forward to watching Doctor Who for many more years, especially now Matt Smith is being retired. I hope a new doctor will prompt a return to the more suspenseful writing of the first four years of the rebooted show.
Posted by Graham Clements at 8:44 PM 6 comments: Links to this post

Email ThisBlogThis!Share to TwitterShare to FacebookShare to Pinterest
Labels: Doctor Who 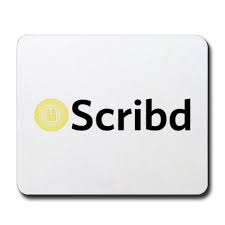 What is an ebook Subscription Service?


A subscriber to Oyster or Scribd is allowed to read, for free, as many ebooks as they like from the selection of ebooks on each site. Oyster claims to have over 100,000 ebooks, and Smashwords is giving them access to 200,000 more. Scribd claims to have 40 million books and documents on its site, but how many are ebook novels of any quality? Harper Collins is the only major publisher to have signed up to the services.

Authors will be paid, but it is not clear how much. Harper Collins CEO said “if the whole business went this way, we and our authors would be very pleased.” According to a blog post by Porter Anderson, Oyster will pay a Smashwords author 60% of the Smashwords list price after a subscriber has read 10% of their ebook. That sounds reasonable.


A subscription to Scribd is $8.99, to Oyster $9.99 US a month. Scribd and Oyster have adopted the gym business model: they will be hoping that a lot of people subscribe, and then don’t read much. If the only people who subscribe are gym junkies and read a lot of ebooks, the services will be paying out more to authors and publishers than they make. So Oyster and Scribd will be hoping a lot of people join and then, after an initial burst of activity, don’t read much.

For the service to be of value for a customer, they would have to read at least a couple of ebooks a month. I have only read three ebooks this year, and one last year. I read about half a dozen when I purchased my Kindle in 2011. I still like paper books. I would be the perfect customer for Oyster and Scribd, but obviously I wouldn’t get anything like value for money so I won’t be subscribing. The subscription model relies on people reading nearly all their books digitally.

Because subscribers can read as many books as they like, Mark Coker from Smashwords reckons they will read more. Maybe some will, but I reckon one of the major reasons people won’t read more is lack of time. I have hundreds of unread books in my house, so cheap access to books is not the problem, time and tiredness is.

Mark Corker also reckons that as no retail price of an ebook is shown on the subscription services, readers might be more likely to choose books based on things like the cover and recommendations from other readers, which, according to him, should result in them choosing more books from independent publishers and Smashwords.

Recommendations do have some effect on me, but I hardly notice the cover of an ebook. I also think that most people are aware of the retail prices of particular authors, so in an attempt to get value for money out of their subscription, they might be more inclined to select ebooks from well-known authors that they know cost more. I know I would.

It will be interesting to see if these new services are a game-changer, in which case Amazon will either take them over or set up its own version, or they are sent out of business by free services.
Posted by Graham Clements at 5:07 PM 2 comments: Links to this post

Like many writers, I keep track of the number of words I write each day. I have a chart blue-tacked to the wall, with columns for each day and weekly totals. Today I finished filling in the details on yet another page of that chart. When I looked back over the chart, the last four pages had numbers in every box: I had written on every day since August 22, 2011, that’s 812 days in a row.

During those 116 weeks I wrote 257,070 words, an average of 316 per day. Most of those words were for the novel I am currently writing. I have added words to that manuscript on every day since the beginning of last November.

So I am keeping at least one writing goal of writing every day. But I would be a lot happier if it was 1,000 words a day. The only day during the past two and a bit years when I was close to not writing happened just two Monday’s ago, when a kidney stone made sitting at the computer very painful.

As Norman Mailer says: a real writer produces work even on bad days.

So how is my epic novel going? I am currently writing chapter 103. A few months back I thought I was very close to the end, but then one of the characters screamed out for help. It took a while to work out how to save her. I then expected to quickly finish writing the novel, but one final twist, which could result in an even better ending, came to me. I estimate I have around 6,000 words to add to the 204,000 I have written.

At least I will have something to edit.

My latest article, Healing Words, went up on Divine last Friday week. After I had finished writing that article, I had no idea what to write next. The dread of running out of ideas seeped in, but then an idea popped into my head, one that would require a lot of research. Luckily, another idea came after reading about a new technology on the web. And yet another idea came from watching the local news. The first idea concerns music, and the last idea was health related. I have pitched two of the ideas to the editor and she has said yes. I plan to write the one on technology in the coming week.

If you were wondering, the pain from the kidney stone caused me to call a doctor for a late night home visit and a pain killing injection, but a few hours later the pain was back and I went to the local hospital’s emergency department. Fortunately, the hospital was very quiet at 4am and after some morphine, and a few hours sleep in a hospital bed and then at home, I passed the kidney stone. I was then once more happy to inhabit my body.
Posted by Graham Clements at 5:55 PM 3 comments: Links to this post


It's time for another survey of the prices of the top 100 ebooks and ibooks.

Twenty-three ebooks in the top 100 were priced at 99 cents, which is very similar to my last survey in June when 22 ebooks were 99 cents. In January only 14 were priced at 99 cents, a big increase from the six in September (2012), seven in August, and three in June. This was down from a massive 34 at 99 cents in February (2012) when I first did the survey. So it seems more 99 cents ebooks are now making the top one hundred. I’m not the one buying them.

The number of ebooks at $1.99 was down to four, compared to six in June, 11 in January and eight in September. Before that the numbers at $1.99 were too insignificant to mention.

Overall, there were 43 books priced at or below $2.99. In June there were 37 and January 35. So the number of cheaper ebooks in the top 100 appears to be slowly increasing.

The next most significant low price was $3.99, with 10 ebooks. Last time I checked there were 13, in January there were 11, and in September last year there were 14. So the number of ebooks in the top 100 selling at $3.99 seems to be relatively stable.

So the trend seems to be back to cheaper prices for ebooks.

I only became interested in ibook prices when I purchased an ipad in January. The ibookstore does things differently to Kindle in that they only allow prices with a .99 on the end, so there are no ibooks priced at $13.13. I also gathered that I am restricted to viewing just the Australian version of the top 100 ibooks as I noticed a few Aussie authors like Mathew Reilly in the list.

Only three ibooks were priced at 99 cents, with five at that price in both June and January. This is widely different from the twenty or so usually at that price on the Kindle top 100 list. And there was only one ibook at $1.99, compared to six at that price in June.

Forty-one ibooks were priced over $7 (49 and 46 previously) compared to 26 of Amazon’s ebooks.