I am sorry Transcendence, but you seem doomed to be ridiculed and scorned, because I liked you. My favourite films of the past two years all suffered the same fate. Last year it was Oblivion, the year before Prometheus. The year before that Rise of the Planet of the Apes was ignored by most science-fiction viewers. I liked them all because they gave me plenty to think about. I am sick and tired of science-fiction films that are instantly forgotten the moment you leave the cinema, like the Iron Man and Star Trek franchises, and all those science-fiction movies that I have seen and forgotten.

I liked Prometheus, Rise of the Planet of the Apes and Oblivion because they all tried to explore ideas, rather than just explore special effects.

Why I liked Transcendence.

There are two main reasons that I liked Transcendence. First is its ambiguity: the story deliberately left many of its questions open to interpretation. The second reason I liked Transcendence is that it is the first film I can recall that seriously tries to tackle the Technological Singularity or Spike as I prefer to call it.

To clear up any ambiguity about the ambiguity and the Spike in Transcendence, I am going to have to reveal a bit of its plot. Two scientists, Will and Evelyn Caster, are working on an artificially intelligent computer. They hope to create a sentient machine that thinks for itself. But Will is shot by some terrorists and is dying, so Evelyn decides to upload his brain into the AI’s memory coils, where the upload comes to life as a virtual avatar.

One of the main hopes of scientists working on artificial intelligence is that once machines reach the intelligence of humans their intelligence should quickly exceed that of humans, and then, under the AI’s guidance, technological advancements will speed up drastically, causing a Spike in human advancement. Humans will change massively. Post-spike humans could quickly advance to a near immortal God-like existence. The key technology in the Spike seems to be artificial technology that has the ability to create and advance technologies like nanotechnology and virtual reality.

When Will is uploaded into the computer ambiguity starts creeping into the movie. It is unclear whether the uploaded version of Will is the sum of what he was as a human, or are parts missing? Is he a mixture of his human self and Evelyn’s ethics as she was the one who wrote the code to upload him into the computer?

Will’s/the Ai’s intelligence quickly grows. Will/the AI perfects and controls nanomachines that cure blindness and revive the recently killed. But there is a hitch, he/it also includes a link to his/its mind in those he heals. So another question of ambiguity comes in, does he/it plan to control humanity or help it?

The movie is told from the point of view of those who interact with the AI/Will, which allows the question of the AI’s/Will’s benevolence to continue for the entire film. The audience is never taken into its/his mind to find out what his/its intentions are. He is attacked and uses the linked humans to defend himself. It has the ability to create technology that could wipe out humanity, but doesn’t. Instead it/he creates technology to link all humanity, but for what purpose, to help or control?

If you dislike movies that don’t tell you the answers to the questions it raises, you are not going to like Transcendence. You will probably think it full of plot holes that made it hard to understand and react by calling it “silly” like one pathetic reviewer did for the Murdoch press. But then he works for Murdoch so has no need to think.

The film’s big theme is will we be slaves to technology or will it liberate us? A guy sitting two seats down from me at the cinema who left his seat three times to use his mobile phone, might think the former. I am hopeful that it is the latter.

Transcendence is a science-fiction film that got me thinking, for that I am thankful. I do hope that others appreciate it too, so we can see more films that explore science and ideas, and not just Battleship your brain. But alas, I think most people who went to see Transcendence were hoping the AI did a Skynet so they could watch heaps of explosions and chase scenes.
Posted by Graham Clements at 2:45 AM No comments: Links to this post

One of My Pet Peeves in Science-Fiction


I was watching the movie After Earth the other night. It was released last year to a savaging by the critics, so I did not expect much. For those of you who missed it, After Earth is a Will Smith production vehicle for his son. It is set in the future where aliens have devastated Earth, and humanity has fled to the rest of the galaxy.


General Will Smith and his recruit son are on a ship that just happens to be carrying a captured alien. It could not possibly escape, could it? The alien is a large reptile like creature, that is blind and relies on its sense of smell to hunt its prey. It can smell and track the pheromones humans release when they are scared. Right there and then, I knew the whole plot of the movie was going to be about Will Smith Junior overcoming his fear so he could get close enough to kill the alien. Pretty lame.

The ship is caught in a meteor storm. General Smith orders the ship to make a risky space jump and guess where they end up? Crash landing on Earth of course. An injured General Smith and his recruit son then have to survive the hostile planet and the alien.

But why did Will Smith Junior have to get close to the alien? Why didn’t he just do an Indiana Jones and keep his distance while shooting the alien with a blaster? Because the soldiers didn’t seem to have any blasters, all they had were collapsible staffs with blades on each end. So that was the best weapon humans with otherwise advanced technology could come up with? No wonder Earth was devastated: humans were bloody morons.

Couldn’t Junior just have lost his weapon in the crash?

So one my pet peeves in science-fiction involves advanced races using totally un-advanced weapons to fight with. I particularly loath the plethora of instantly dismissed or forgotten science-fiction were the only weapons are swords, and martial arts experts prevail. Swords and bows and arrows are okay in a post-apocalyptic world were all the technology has been destroyed, like the world in which the Revolution television series is set. Thankfully, there are no martial arts experts in that series, yet. 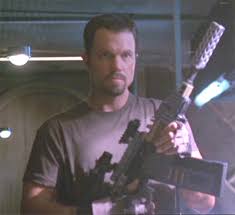 So please, if you write science-fiction that has battles and fighting, have the weapons match the surrounding technology.

The really sad thing about After Earth was it was directed by M. Night Shyamalan, who made the Sixth Sense and the very good Signs. The Happening wasn’t bad either. Will Smith probably paid him a mountain of money to direct his son.
Posted by Graham Clements at 11:49 PM 4 comments: Links to this post


For a while now, I, like many other writers, have been wondering how well independent or self-published authors are doing in the ebook market compared to those who use traditional publishers. There is so much secrecy in the publishing industry that it is hard to tell. But I have just read a report, written by Hugh Howey, that suggests indie ebook authors are doing very well when compared to those who use traditional publishers.

For those who don’t know, Hugh Howey is a science-fiction author whose self-published Wool series has sold millions of ebooks. He was offered a million dollar deal to sign with traditional publisher Simon and Schuster. The original offer was to distribute Wool to book retailers across the US and Canada and included the ebook rights. But Howey decided to keep the ebook rights and took a six figure deal instead.

Howey recently wrote a report based on data he obtained from a software program that trawled the web for information on ebooks sales. The data he uses in the report is from nearly 7,000 ebooks in several genre categories (including science-fiction and fantasy) on Amazon. The report is simply titled the 7K report and is available at authorearnings.com.

The report has several very interesting graphs like the one above. It shows that over half the ebooks in Amazons bestseller genre lists were indie or self-published. Howey says the pie chart suggests that the major publishers are not publishing enough genre fiction, including science-fiction, so the slack is being taken up by indie and self-publishers.

This is great news for a science fiction writer like myself who is repeatedly reading that the science fiction readership is decreasing. It looks like it might be actually increasing, despite traditional publishers best efforts to ignore it.

The report reveals many interesting details about ebook publishing on Amazon. For example, it really pays to be published by Amazon themselves (on 47 North or equivalent). The pie chart above show Amazon publishers accounting for only 4% of the titles in the genre bestseller list, but another graph in the report shows those 4% of ebooks accounting for 15% of the daily ebook sales in those genres.

If you were wondering how Amazons ebooks sales compare to their sales of hard backs, the above pie chart is astounding.  It shows that 86% of the top 2,500 genre bestsellers in the Amazon store are e-books.

The above chart helps Howey conclude that genre writers who indie or self-publish are financially better off than authors who go with traditional publishers, no matter what the potential of their manuscripts is. If you are a fiction writer, you have to read the report.
Posted by Graham Clements at 12:26 AM 2 comments: Links to this post