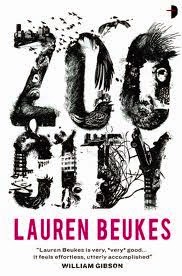 How did Zoo City win the 2011 Arthur C. Clarke award? Not that it’s a bad book, it is a very enjoyable, imaginative and well-written novel. The problem is science does not drive its plot, so it is not science fiction. If anything, the novel is fantasy, as its plot’s two main drivers are magic and spiritualism.

Lauren Beukes sets Zoo City in an alternative version of her homeland, South Africa. In this alternative version, criminals are identifiable by the animals attached to them. Not physically attached, but an animal and its master are psychically linked. The animal feels what the human is feeling. The animal has to be close to its owner or they both will panic. The animals also instil minor magical abilities in their owners.

The animals reminded me of the Daemons in Philip Pullman’s Dark Materials series. Beukes acknowledges that similarity by mentioning that series within the novel. But Zoo City is nothing like Dark Materials.

Zinni is the book’s protagonist. She is an ex-journalist who, after killing her brother, winds up with a sloth. The sloth gives her the ability to find lost things by following the threads they leave. She makes some of her income by finding people’s lost rings and keys. She also runs a number of scams where she dupes the gullible out of their money. She is just surviving, living in a part-abandoned block of flats.

While trying to find a lost ring for a client, the client dies. Outside her client’s house, two well-off cultured people with animals contact her. They want her to find a missing pop star. She tells them that her magical ability only helps find lost things, not people, but they are insistent. She needs the money, so she agrees to search for the singer. Her investigating leads her through the decaying suburbs of Johannesburg.

The novel consists of many short chapters. At the beginnings of chapters, often her motives for going or being somewhere are not clear. Usually the connection with her investigation becomes clearer as the chapter progresses. Similarly, the search for the singer seems to conclude well before the end of the novel. Zinni then begins to investigate some murders of animals and their owners. That investigation eventually enlightens her on why the popstar went missing.

Zinni is a tough, intelligent, independent and strong female character, who takes men, rather than submitting to them. She scams people, lies to people, sets people up, and fights back when attacked.

Her sloth – she has not bothered to name it – lets her know of its displeasure with many of her activities. It hisses in her ear or jabs her with it claws if she drinks too much or puts them in danger. It will take a swipe at the face of anyone it does not like who tries to get too close to Zinni. The sloth’s grumpy reactions are an enjoyable counterpoint to some of the serious situations Zinni find herself  in.

Beukes’ writing flowed, like Zinni and her sloth, the words linked together nicely. With Zoo City, she has excelled at word building. She has created a wonderfully edgy alternative Johannesburg, a decaying world full of dangerous and magical people.

At its essence, Zoo City is a fast-paced crime novel set in a different version of reality. It is a world where magic is real, but does not dominate. The novel should be enjoyed by anyone who likes fantasy that mingles the familiar world of today with the strange.
Posted by Graham Clements at 9:16 PM 3 comments: Links to this post

A request on my blog’s Facebook page asked if I could follow up my last post with lists of just the bestselling fiction books of 2014. As I write adult and young adult fiction I decided to include both in the following lists. Note: I could only find the top nine bestsellers in Australia.

Six are adult novels. Four are different versions of the same two books. Three have Australian authors. Five had film versions out last year. Only one would be considered to have literary merit (The Narrow Road to the Deep North). Only one author is female.

Seven of the books are adult fiction. Three had film versions out last year. Three could be considered to be “literary” books. Two Aussies made the UK top ten (at nine and ten). Half of the authors are female.

All but one is a young adult novel. John Green has four books on the list with three different version of the same book. Veronica Roth has three novels on the list. Seven of the novels had film versions out last year. No books of “literary” merit appear in the list. Half of the novels are written by males.

Two books, Gone Girl and The Fault in Our Stars appear in all three lists. The Book Thief appears in both the Australian and UK lists, and Divergent appears in both the UK and US lists. The Australian and UK lists are more adult than the US. Genre fiction made into a recent movie was a great way to get onto the bestseller list.

All figures are from websites quoting Bookscan data.
Posted by Graham Clements at 9:17 PM 2 comments: Links to this post

Australian, UK and US bestselling books 2014

The 2014 top-ten bestseller lists for books in Australia, the UK and the US point to a book buying world dominated by movies, games and children/teenagers.

Four of the books were manuals for the game Minecraft. Two versions of Gone Girl made the list. The top two are children’s books. Only two of the top-ten had Australian authors. Three of the books had movie versions out in 2014.

Top-ten bestsellers in the UK.

Like in Australia, there are four Minecraft titles in the top-ten. Two had movie versions out in 2014. Two are children’s books.

Top ten bestsellers in the US.

Three books made all three lists, The Fault in Our Stars, The Long Haul and Gone Girl.

So the top-tens of the three countries show that if you want to sell a heap of books have a movie made out of your novel or create a game and write a heap of manuals to get more money out of the suckers. Most importantly, don’t write any genuine literature because only one such book, The Narrow Road to the Deep North, made any of the lists (I got two copies of it for Christmas). The best thing about the lists is they show children and teenagers are reading.

All lists were obtained from online articles quoting Bookscan figures.
Posted by Graham Clements at 10:08 PM 1 comment: Links to this post 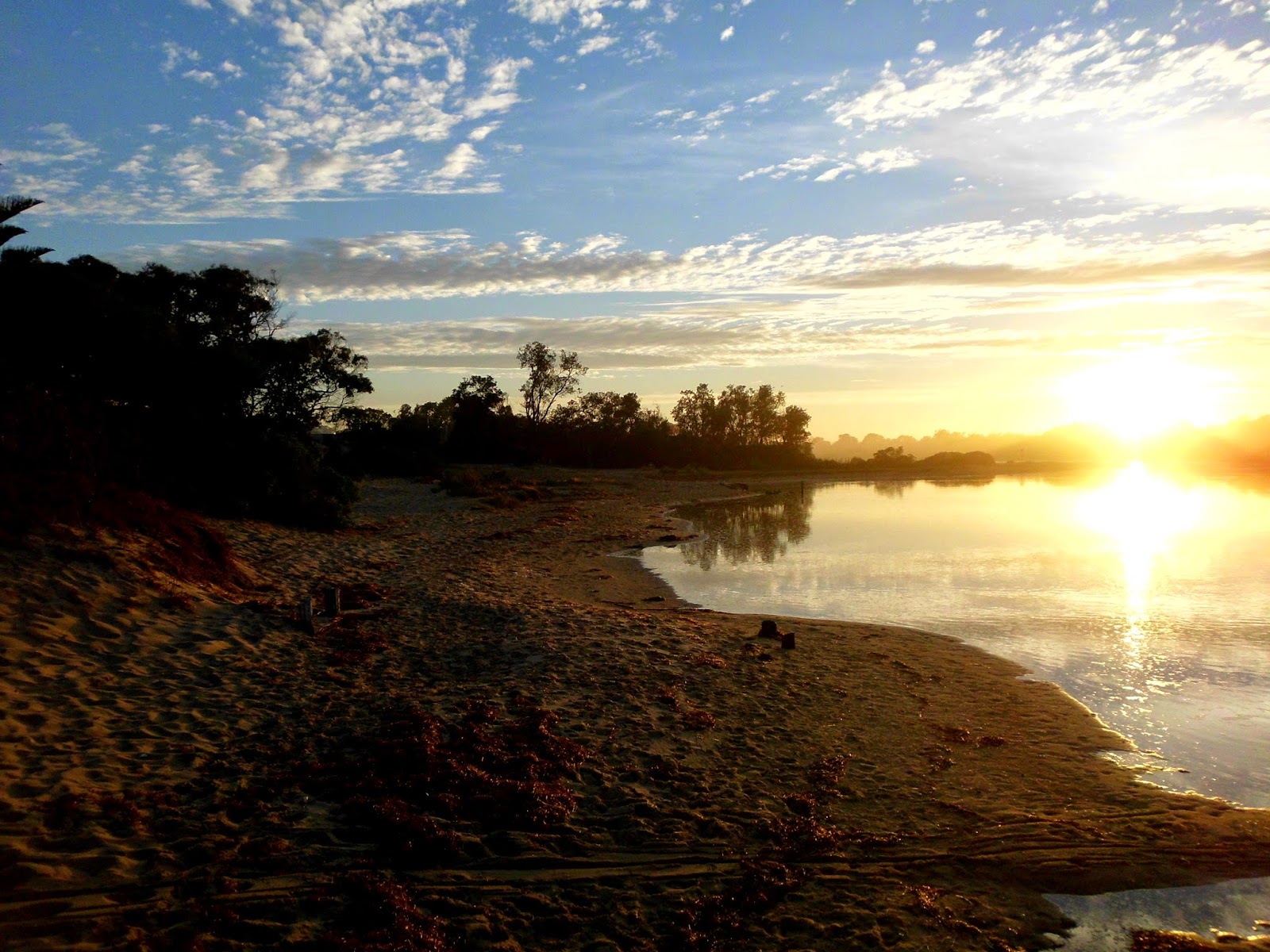 In an attempt at motivation, I have decided to do a monthly blog post on my writing efforts for the previous month.

I am currently writing a young adult novel, Branded. I wrote the first chapter of it as part of a writing for young adults subject in a Master of Creative Writing I finished in 2007. I then filed the chapter away as I concentrated on other writing. I pulled it back out for last November’s National Novel Writing Month, adding just over 50,000 words in that month. In January I added a further 4816 words. An average of 155 words a day.

I am still very much enjoying writing it, especially after I just managed to get most of the dysfunctional group of characters back to working with each other.

I successfully pitched four ideas to the editor. Two of the articles will be film reviews. I am currently writing one of them. They will be slightly different from the typical film review because of their disability angle.

I wrote four blog posts last month, the last one took a lot of time to research and write as I analysed the novels on the Goodreads Choice Awards science fiction list.

I am halfway through the very enjoyable science fiction novel Zoo by Lauren Beukes. It is a mystery novel set in a marvellously inventive near future South Africa.

I did not make time to critique anyone else’s writing in January. Not good.

But I did write on every day of the month.

Health permitting, I hope to greatly improve on my writing and reading efforts in February so these monthly posts don’t start resembling a guilt sheet.
Posted by Graham Clements at 5:32 PM 3 comments: Links to this post